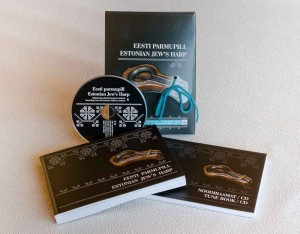 Cätlin plays and teache the instruments that have been played in Estonia through centuries (bagpipes, Jew’s harp, shepherd’s whistle). She is also in the know of the musical thinking that has been passed on from generation to generation and has learned, on the basis of archive recordings, from the musicians who themselves learned their tunes traditionally – by ear – adding their own idiosyncratic nuances, variety and improvisational elements.

«I come from Märjamaa, north Estonia. It’s a little bit surprising about me playing Estonian bagpipes because there are no bagpipes in Märjamaa. I first saw and heard Estonian bagpipe on TV and it was there that I got idea to learn to play it. So came the interest to go and study in Viljandi Cultural Academy”

Cätlin Mägi is behind the release of the collection titled “Estonian Jew’s Harp” which provides a substantial overview of the history, players and songs of the Estonian Jew’s harp illustrated by photos and sound material and accompanied by a music book and an instruction of how to play.

According to the author, the aim of compiling this collection was to make people aware of the fact that the Jew’s harp is an intricate solo instrument which can be used to play melodies and which was used to play dance music similarly to other instruments which date from the same period. “The Jew’s harp is sometimes considered to be a joke instrument but that is not the case. People used to hold huge dance parties where the only accompanying instrument was the Jew’s harp,” explained Cätlin Mägi.